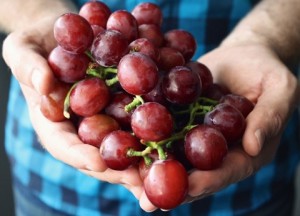 Being the seed of God’s image means we’re to bear “three-dimensional fruit” for holy relationships of love with Him and each other.

Biblical prophets bear fruit “top-down” from God, especially to people in positions of authority to care for others (note that consistent pattern in books of the prophets), whether those people in authority are currently following Him or not.  The prophet is to bear fruit:  the truth of God’s character, commands, promises, warnings, and decisions.  So all people are to submit to God in loving Him and each other, and He will judge all who do not.  And all believers are to bring God’s Word to others as He gives opportunity by working spiritual hunger in them (Acts 16:7, Galatians 6:10, Philippians 4:10, etc.) or by the nature of the relationship:  husbands to their families, parents to their children, teachers in churches to their people, or just by being in the right place at the right time (Esther 4:14, Acts 8:26ff, etc.).  We are to do this by loving evangelism for those who do not know Him but are hungry for true meaning and lasting hope and by ongoing discipleship for those who are already seeking to follow by faith Him.

Biblical priests bear fruit “bottom-up” from God’s people:  repentance, praise, thanks, and requests for ourselves and others.  So we’re also to pray privately and corporately in all facets of prayer (always trusting in Christ the Priest, not ourselves), to be gracious and merciful toward each other, teaching fellow believers God’s Word to love Him and others well.

And biblical kings (leaders) bear fruit “round-about” for God’s people:  protecting them from anything that would threaten their ability to love God or each other as He has revealed, providing what they need to love God and each other, advancing His kingdom as He commands, rewarding obedience, disciplining the wayward (as God did with Adam and Eve), judging the self-righteous (as He did with Cain and his descendants), and ruling in all things by His sovereign will.  Of course, we are to serve God’s will, not seek our personal agendas.

And the biblical king always points to the prophet and the priest, too.  All three are holy relationships of interdependent love because God created us in the image of Christ:  the only perfect Prophet, Priest, and King.  This brief video may help.

If you watched the video, I’m assuming you will agree that Genesis 1 clearly shows God’s command to rule.  But how that applies to His people today living in Jesus’ image as King might not be as clear, maybe especially for the ladies.  Many societies simultaneously try to devalue women and also preach that there should be no differences between the genders.

So how are women to live in Jesus’ image as “King”?  If there’s any confusion or heartache about that question, we might be assuming that ruling is primarily about men and/or having privilege over others.  Neither is the case.  First, the image of king is about Christ.  Both women and men are to submit to His will (Ephesians 5:21).  Yes, husbands are to lead their wives but sacrificially to care for them as Christ does for His Bride, the Church (Ephesians 5:25-33).  Second, we should remember that the Lord created both women and men in His image and told them both to rule (Genesis 1:26-28).  And nothing has changed in the New Testament.  In fact, when the Lord Jesus rose from the dead, it may be that He appeared first to women to be very intentional to show their equal value to God (Matthew 28:1ff and John 20:11ff).   In Galatians 3:28, Paul tell us explicitly that both are equally valuable in Christ (Galatians 3:28).

So why did God create Adam first and then create Eve from his side?  This reflect how the Trinity rules.  The Father leads, the Son submits to His will, and the Spirit serves both. (Matthew 26:39, Luke 10:21ff, John 14:26ff, etc.)  Yes, Jesus is under the Father, and the Spirit is under both.  They “rule” (govern, lead, have authority, etc.) in unity as equals, yet in specific roles of love.   Men are not better because God appointed them as primarily responsible to lead.  Notice that, even though Eve sinned first (Genesis 3:1ff and 1 Timothy 2:13-14), the Lord addressed Adam first (Genesis 3:9).  And women are not less because God gave them the role to support.  Again, Jesus and the Holy Spirit support, but they are equally God with the Father.  Lastly on this point about the genders, notice the context of 1 Corinthians 7:17.  The Apostle Paul tells all believers to live as God has appointed them, and he does so in the context of concerns about roles of apparent hierarchy.  In Christ the only hierarchy is for functions of love, not superiority or privilege.  In Christ, both male and female sinners are made equal heirs with the eternal Son of God (1 Peter 3:1-7).

Now, let’s continue looking at what the rest of Genesis 1-3 tell us about bearing the fruit of His image as King.  After all, I want you to have a confidence in God’s Word, not my statements about God’s Word.

Notice how God created with the priorities and manner of a good King.  First, He initiated.  God does not wait for a dead world to come to Him.  And the world was physically and spiritually undeserving (formless, void, and dark) and, therefore, dead.  This is exactly what we read about ourselves in Ephesians 2:1-10.  So He “spoke” the Light of Christ.  You can read more specifically about the Light of God’s presence by grace in the post on the image of God as the Priest.  As a holy King, God could have rejected the world in that state.  But, as we see in Christ, He is the epitome of power, holiness, truth, grace and more as King, Priest, and Prophet.  Again, all three offices of Christ are interdependent.  So, we are to bear fruit reflecting all three aspects of His image.  As we see Him ruling in Genesis 1:1-5, we, too, are to be gracious initiators.

But day two of creation also illustrates the purity of God as King, lifted high above the world that was fruitless and covered with chaos.  As I’ve mentioned before, this was the only day of creation that God did not pronounce as “good”.  That was so for at least two reasons:  1) a good king cannot approve of a fruitless kingdom, but 2) the Lord also takes no pleasure in the separation of heaven and earth (Genesis 6:5-7, Ezekiel 18:23-32, 33:11, Luke 13:34).  As His people, we, too, are to point out humanity’s most basic problem:  separation from the living God on high.  Only Christ can bridge that gap for us, and He has by dying on our place on the cross.

So on the third day, like any good King, He protects and provides.  He protects the world from one of Scripture’s consistent symbols of evil and chaos:  the ocean (Exodus 15:1- 21, 2 Samuel 22:1-17, Psalm 104:9 and 107:23-32, Proverbs 20:5, Isaiah 27:1, Jeremiah 5:22, Ezekiel 27, Jonah 1-2, Zechariah 10:11, Mark 4:35-41, Revelation 21:1, etc.).  And He does so as only God can, by drawing that chaos away from the dead world.  And on the same third day, He provides what we need to live.  The third day is the only one on which God did two things that He declared “good”.  Why?  Because Kings don’t merely protect their people.  They also provide what they need to live in the kingdom.  We, too, must protect and provide for others, not simply for their physical well-being but for their spiritual life.  The seas picture spiritual chaos, and the seed-bearing plants would be foods implied for “life’s journey” to be pictured on day four of creation.

On that fourth day, God placed a celestial calendar cuing them to the specific times of worship as outlined in Leviticus 23 and given in additional details in Exodus 34:21-24, Numbers 28-29, Deuteronomy 15-16, etc.  How does this point to His role as King?  All of the specific forms of worship relate to God leading His people out of Egypt (one of the Bible’s most consistent symbol of slavery to sin) to live with Him in the Promise Land (again, a consistent metaphor of paradise).  Israel’s exodus from Egypt to Canaan is a metaphor foreshadowing Jesus who would truly set the captives free to follow Him (Isaiah 61:ff, Luke 4:18, Romans 8:19-23, Ephesians 4:8, Hebrews 3:1ff, etc.)  As those in His image, we, too, are to help each other leave the bonds of sin to live in freed relationships of holiness with the King and His people.  And we do this by pointing to Christ the King, who alone has the power to protect, provide, and progress the people in His kingdom.

But Day five pictures that He is building His kingdom in a place of man-eaters.  You can do a simple search in a digital Bible to see that almost every time God refers to the ‘birds of the air’ (or ‘birds of the heavens’, depending on your translation), they are picking the flesh from someone’s bones.  And the creatures of the deep (Leviathan, the Beast in Revelation) were feared, too.  God’s people will be surrounded by enemies.  Of course, sparrows and guppies are not threats to us.  The creation passage is referring to the more basic spiritual truths.  Note that Satan is called the prince of the air (Ephesians 2:2) and described as falling from above (Luke 10:18), yet still over the earth in a true sense (Job 1:6ff, Zechariah 3:1ff, Hebrews 2:6-9), and the depths or pit or under the earth are describe as a place of the spiritually dead (Psalm 55:23, Ezekiel 31:16, Luke 16:19-31 especially verse 23 in which the man “lifted up his eyes”, Philippians 2:10, Revelation 9:1ff and 20:1ff, etc.)

Wow!  That might sound pretty harsh and hopeless, but notice that I said “almost every time God refers to the ‘birds of the air'”.  There are only two positive references:  Daniel 4:21 and Matthew 13:32.  Both of which refer, not to the fearsome, but providing for the frail and homeless.  Especially the Matthew passage reminds us of God’s spiritual purpose to send His people into this fearsome world:  to seek and save the lost.  Isn’t this the Kingly Jesus we see in Psalm 23, Matthew 18:12-13, Luke 19:1-10, and John 18:36 (in the context of going to the cross to die for His people)?  We, too, are to take up our cross and go beyond the safety of our personal kingdoms to reach out to the lost but pointing to Jesus’ cross as the King who came not to be served but to serve (Mark 10:45).

As we’ve already said, on the sixth day God created Adam and Eve and told them to rule.  But we must not miss the example of how He rules.  We’re not to push self-centered agendas on others.  We’re to lead as He leads.  After all, doesn’t the seventh day – the Sabbath – show that He leads His people to paradise with Him?  And it wasn’t merely to point to a physical garden.  Hebrews 4:1-13 is clear:  the true rest is with Christ, not merely physically, but completely – in perfection forever because of His grace and power.

That’s the same peace to which we must point others, especially since one of Satan’s subtle lies is that this world is or can be our heaven on earth.  Nothing could be further from the truth.  Yes, we are to bloom where we’re planted.  But, just as all plants grow toward the sun the in the sky, God’s people are to look to the Son in heaven as our joy and hope.

I hope this mini-series has been helpful to your greater joy in Christ.  Next week, we consider why Cain’s offering of fruit was not acceptable to God and what that means for us.

If you’d like to read more posts from this series, “Fruitful Fridays”, you can subscribe to tools4trenches.net/