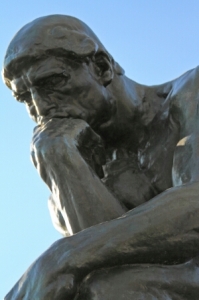 Not every battle should be fought, because not all of them can be won.  But some must be fought.  And in Christ, when He calls us to wage war against the temptations of our own flesh, the world, or the devil, we know that we will suffer worldly losses but eventually win because He has already conquered sin and death on the cross.  Yet, we still struggle because we live in this flesh, in this world, and Satan is still active.  And those same spiritual enemies can often confuse us about the real fights that should be fought.

After reading the discussion prompts, consider this week’s article.

50 Years Ago This Week:   The Looming Crisis of the Six-Day War

Journalist, Lily Rothman, recounts that “It was nothing new for the Jewish people in Israel to be under threat, but as TIME’s cover story this week explained, the scale of what was happening in mid-1967 was something new: Tiny, dagger-shaped Israel, whose 2,700,000 people cling to 7,993 sq. mi. on the shores of the eastern Mediterranean, faced the implacable hostility and cocked guns of 14 Arab nations and their 110 million people.” (http://time.com/4798055/1967-six-day-war/) Yet, six days later, Israel had not only successfully defended its land, for right or wrong it also occupied the Gaza Strip, Golan Heights, and West Bank.

This week’s news is full of gripping headlines: more terror attacks, classified leaks, the FBI’s former director, the Paris agreements, and other battles.  Battles being the operative word.  In each case, as in your daily life and mine, there’s a fight for gains with some likely losses.  But in order to follow through with potentially costly wars, we must be clear about our goal and what we’re willing to lose.

Of all the other news I could have used for this week’s article, I chose to focus on this fifty year anniversary because of the initial analysis and the unlikely outcome.  It gives me pause to pick my battles.  Most of us will never make headline news, but we still need to wage our own wars wisely.

For example, what if I fight for peace in my relationships but I sacrifice open discussion of difficult truths that should be the real battle that we fight together?  My victory of quiet may just be a cold war.  Or what if I fight for material prosperity or social status by working longer hours but the losses are the hours I could have spent with family or friends who really needed more of me, not more of my stuff?

There are many reasons people pick battles.  Some are good, some are not so good.  That’s why good leaders consult their people before going to war.  What if we did the same with our family and friends?  What if we laid out our thoughts on the potential gains and losses and listened to their feedback?  We would probably gain perspectives we hadn’t considered:  a clearer sense of what others really value and what they’re willing to lose in the process in order to gain those treasures.

If you’d like to read other articles from this series on current events, you can click here.