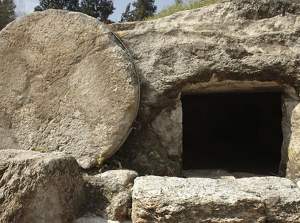 Most of us long for miracles.  And Jesus’ perfect life, death on sinners’ behalf as the fulfillment of Passover, and His physical resurrection prove that He is willing and able to meet our greatest needs:  complete forgiveness and a new heart to trust and follow Him as our living King.  But even in the Bible, most of the journey with Jesus is lived in the moments between miracles.  In this 50-day series, we’ll consider some of those moments leading up to the next great miracle in the New Testament:  the fulfillment of Pentecost and the incredible growth of the Church.

It can be difficult to stay passionately committed to someone when you haven’t seen them in a long time.  During my twenty-plus years in the Army, I’ve often been separated from my wife and children, sometimes for a year at a time in combat zones.  I always missed them, frequently called or wrote them, sent packages of whatever was available for tangible signs of my love, etc.  But sometimes I struggled with worry that they didn’t miss me as much.  Other times I struggled with bitterness toward the Lord for putting me in a position that separated me from them.  And, as you can imagine, such times of weak faith made it more challenging for me to serve Him with a consistent sense of purpose and zeal.

I’m not sure that Jesus’ statement to Thomas in John 20:29 is saying that His followers before or after His ministry on earth are more godly than those who saw Him face-to-face.  I can’t imagine comparing myself with even “doubting Thomas”, who, history tells us, was brutally killed for his continued service to Christ.  Rather, I tend to think He’s simply forewarning Thomas and the rest of us that we will not always have daily tangible signs of His presence and rule over all things.

But why?  Wouldn’t the Lord receive even more glory if He was here now doing similar miracles in our lives?

Jesus performed many miracles in front of huge crowds, even raising others from the dead.  And the Pharisees knew it, but they were unchanged.  That’s because belief is more of a heart problem than a head problem.

Each of believes in whoever or whatever we love.  In fact, our continued dedication to those we love is much more clearly proven (to others and to ourselves) in times of absence.  Absence does not always make the heart grow fonder, but it does reveal the heart.

As the Lord implies in His sermon on the mount in Matthew 5, those who mourn over missing Him, thirst to be more like Him, are meak toward others, and endure persecution for openly serving Him, those believers will be blessed.  They will know the real purpose of Life and their peace in Christ who lives in them and will return for them.

I hope today’s thought and others in this series will be helpful to you as you journey with Jesus in the moments between miracles.