(In 2017, I wrote this series for the 40 days prior to Easter to prepare our hearts and minds for the significance of Jesus’ resurrection.  I’m reposting the series now for the 40 days after Easter to encourage us to follow through, living in the risen Savior and King.) 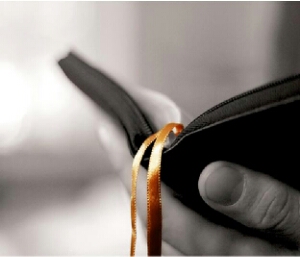 Does God really purge?  And if so, is that a good thing?

One of the most evil movies I’ve ever seen advertised is “The Purge”.   If commercials are supposed to captivate the viewer, this horror film appeals to our brutal sense of dominance and/or terrified self-preservation.  But purging can have a positive sense, too.

So far as a military family, we’ve moved ten times in 21 years.  Every other move or so we purge our house of clutter.  Health-conscious people purge their bodies of toxins for a fresh start at better dietary habits.  And God purges His people of spiritual poisons.

If you’ve been part of any of those processes, you know that they’re important but also painful.  Purging involves getting rid of things you’ve been reluctant to release:  a wrist watch your good friend gave you that broke 20 years ago and can’t be fixed, a sugary snack that feels so good going down but puts unwanted weight around your waist and your heart, or a habit that is hindering your closer fellowship with your holy Lord or His people.

It takes a love for something better:  more efficient space in your house for what you still use, a more welcoming atmosphere, increased health, or peace of mind and joy in Christ.

It also takes determination.  If you’ve been holding onto that old jacket that will never fit again because of a memory, it will require the decision to stop looking backward and to start looking forward.

It will also require accountability.  The fact that we need to purge something infers that there’s likely an old emotional attachment involved:  a reminder that someone cared enough about you to give you that gift, a craving for a sense of rest that will be violated if you have to clear out the garage, or a dream of control that comes from commanding the remote every evening.  So real purging (as opposed to surface cleaning) will involve more than mechanical actions. It will require help from like-minded people:  the Body of Christ.

In Deuteronomy 13, we see the Lord calling for immediate and radical purging of any false worship among His people.  Verses 6-11 call for a purge of rebellion even among family or close friendships.  In fact, the person who was tempted by the family member or friend was to be the first who stoned them.  Then the rest of the community was to join in killing the cancer in their communiity.  Verses 12-18 call for a thorough investigate of even rumors of rebellion in another town.  That really flies in the face of today’s idea of “personal religion”, doesn’t it?  God is serious about purging evil from His people.

Of course, such Old Testament laws were extreme practices to show the Israelites (and the nations around them) that God is holy.  Today, Christ has come and taken God’s holy wrath against sin upon Himself.  God’s people live by grace.  But He will come again for the final judgment and purge the entire world of evil – even creating a perfect new earth with no wickedness. (Revelation 21-22)

Community stonings in the Old Testament confuse many to believe that there was a mean Old Testament God and a sweet New Testament Jesus.  But purging is radical love.  Isn’t radiation of cancer radical love?  Isn’t a tracheotomy on a conscious choking person radical love?  Isn’t an group intervention of an addict radical love?  Each of those is painful for everyone involved.  And none of them completely feel like love at the time, but all of them have a plan for a better future for the one suffering – no matter what they have to do to get them there.

Love does whatever it takes.

And those who learn to trust Love will release whatever He wants to take.