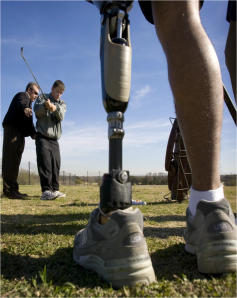 About four months ago, my twelve year old son, Caleb, asked me if we could start exercising together. I was thrilled – and skeptical. The best time for me to exercise is early mornings because I try to keep my evenings and weekends open for maximum time with my family. I was pretty sure that Caleb’s biggest challenge would be getting up at 5am.

So, to encourage him to keep coming back, I promised to adjust my workout to his ability. When we jogged together, I wore leg weights and carried dumbbells. When we lifted, we used machines instead of free weights so I could adjust the weight quickly to avoid comparisons of changing big plates. And we agreed to keep the exercise to 30 minutes – enough to push us both and to give him a specific hope in a countdown. But the one challenge we couldn’t get around was getting him up. We agreed that I’d nudge and call him gently three times over about 5 minutes and then I’d have to go workout alone.

I was amazed at how well he did for the first few days, and then weeks, and then months! Even when it was freezing and I told him we were running or when he was clearly grumpy because he wanted to sleep in, he got up! Then, after about three months, my wife and I went out of town for week to provide some training at two conferences, and Caleb and his sister stayed with a family next door. When I called the parents to check on Caleb and Hannah a few days later, the man of the house said Caleb had been falling asleep in a chair almost every afternoon. I had suspected he was due to hit another growth spurt, and this confirmed it. When we got back, sure enough, Caleb asked if we could take a break for a while. I was fine with that. He hadn’t quit or failed. In fact, he had accomplished one of the simplest and greatest goals that any of us can set. He had taken initiative.

As a counselor, I’ve spoken with so many people whose greatest challenge seem to be just getting started. Some were afraid they’d fail (as we all do at times), so they had simply chosen not to start. Others were comfortable as they were and saw no reason to change. A family member or boss may have wanted them to change, but they didn’t want it for themselves. Either way, they had stagnated right where they were.

When I was doing my research for W.A.I.T. training, some principles in Scripture jumped out at me immediately: “pain”, “maturity”, “reward”, etc. These seem to be obvious elements of growth, but a simple, unimpressive initiative must come first. Isn’t that exactly how God calls us? God first told Abram simply to leave his country (Genesis 12:1ff); Moses was to throw his staff down (Exodus 4:1ff); through Elisha He called King Joash just to strike the ground (2 Samuel 13:14-19); He encouraged Jehoshaphat and his army to stand their ground (2 Chronicles 20:15-17); Jesus called the man with a withered hand to stretch out his hand (Matthew 12:10-13); He told servants to fills jars with water (John 2:1ff); He called a crippled man to take up his mat and walk (John 5:2-9); to His disciples, He said “Follow Me” (Matthew 4:19, 8:22, 9:9, etc.); and how many times did He talk about planting “seeds” – even as unimpressive as a mustard seed?

If you’ve never seen the movie, “Faith like potatoes”, I highly recommend it. Without giving away the story, it’s based on a true story about a man who takes an initiative to plant some seeds (literally and figuratively) that made no sense to anyone. He just couldn’t remain as he was anymore.

Maybe that’s the beauty of initiative. It starts us on a new journey. After all, haven’t we spent enough time running in circles of sin? In 1 Peter 1:1-4, the Apostle calls us to step away from our old lives for a new direction. Self-centered fear and pride keep us coming back to the same old stomping grounds of hiding, vengeance, pity parties, and lusts. But if he’s trying to motivate us to do something good, why does he start by saying that it’s going to hurt? He is just being honest.

As we’ll see in the section on “pain”, it always hurts to leave our comfort zones. But we can’t mature and experience the rewards of change until we step up and step out. That’s why truly good initiatives are more than mechanical motions. They are heart-felt steps sacrificing old loves for a new love.

Think about those last few sentences for a minute. Most of us have started some new habit and kept it going for a while but quit later: we got up earlier for Bible reading and prayer, spent regular alone time with our spouse or a certain friend, resisted our sweet tooth, etc. Maybe we didn’t see the results quickly enough. Maybe we didn’t feel that it was worth all the extra time and effort. Maybe we were just dealing with the symptoms and not the real problem. Probably all of the above.

Most of the time, the bottom-line problem is that we tend to put our self first. But our real hope is in Jesus’ love for us, not our deep love for ourselves. Yes, Jesus tells us to love our neighbor as our self, but He’s not calling us to put ourselves first. He’s saying that we already do that! Now we are to take that level of passion and step out to serve others for His glory.