“Stamina” – good beginnings are not enough 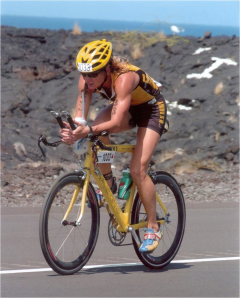 On 24 June 2011, the University of Virginia Cavaliers and the University of South Carolina Gamecocks played for the semi-finals of the College World Series in some of the most intense baseball their fans had ever seen. Danny Hultzen, USC’s pitcher, struck out eight before the coach pulled him for flu-like symptoms. But Cavalier closers Branden Kline and Matt Price threw almost 200 times between them, even though closers are typically only good for a couple of innings. That’s one reason they’re called “closers”. In fact, Price loaded the bases three times! Tired arm? Maybe.

The score was 2-2 in the 13th when Cody Winiarski, UVA’s fourth pitcher of the night, entered the game and threw the ball away to sacrifice bunts – twice. USC won it, 3-2. Four pitchers. Four good pitchers. But on this night, that wasn’t enough. The game was a picture of the need for stamina. I can’t imagine what it must’ve been like for Winiarski to ride that bus home with his teammates. If they have true team spirit, they probably embraced him and suffered together. If not, it must’ve been a very long trip.

But that was just a ball game. How much more important is stamina in the Body of Christ? James writes to suffering Christians who seem to have been fighting among themselves. In a very real sense, they, too, were on their way home. Notice how he encourages them. “My brethren, count it all joy when ye fall into diverse temptations, knowing this, that the trying of your faith worketh patience.” (James 1:2-3)

Stamina is not just a byproduct of accidental hardships – God arranges challenges for us because our perseverance is one of His goals. Like the training before a PT test, hard times make us stronger – if we go through it and don’t give up.

The decision for physical perseverance separates the pretenders from real Soldiers just as spiritual stamina reveals religious people and true Soldiers for Christ. Pretenders drop out of 12 mile road marches and never-ending grass drills in the same way that they withdraw from marathons of spiritual suffering. Pretenders become overwhelmed by the pain of the moment, but Soldiers for Christ keep going because they are energized by the better future for the Body of Christ.

Stamina doesn’t make a person a child of God – only Jesus’ sacrifice and God’s Spirit can do that. But having an active faith that will not quit does reveal that He is strengthening our spirits for our long and difficult journey (1 John 2:19).

And stamina doesn’t mean that we never fall – just that we don’t stay down (Proverbs 24:16). There would be no need for God to call us to persevere if our journey was easy. Paul wrote to the Corinthians who started well (but struggled later) and encouraged them to remember that “There hath no temptation taken you but such as is common to man: but God is faithful, who will not suffer you to be tempted above that ye are able; but will with the temptation also make a way to escape, that ye may be able to bear it.” (1 Corinthians 10:13) Let’s look at a few other passages to see how we can be encouraged to persevere through hard times.

The Apostle Paul reminds us in 1 Timothy 6:11-12 me that the good fight in which I must persevere is about heart issues – not necessarily whether I have perfect Sunday school attendance. So, though I may want to focus on people or things around me, the real enemy is too often within. I must persevere to stay in His good promises and commands, to resist my selfishness, to build a base of trustworthy believers to hold me accountable, to go to my Lord in confession for renewed love. I don’t know about you, but even that list tires me! Read on. God’s Word tells us that Jesus is our hope for perseverance.

Galatians 5:6-7 shows us the difference between being busy with religion and running on course with God. The Galatians had fallen prey to the false teaching that they should work their way into God’s acceptance, rather than resting in Jesus’ finished work. This passage calls us to compare the panic we feel when striving to catch up to God’s perfection versus the peace we experience when we remember that Jesus carries us. The stamina that comes from Christ focuses on what He has done and will do – not our failing strengths.

But what if we fail again and again? Hebrews 12:4-13 tells us that believers will always feel the challenge of an uphill climb, but Jesus will always discipline (provide intentional training to) those whom He loves. Think of it like physical training: the pull of this world never lets up and may even feel heavier, but God’s Spirit builds us up (2 Peter 1:3-11).

Our Lord, like a loving personal trainer, will continue to work us so that we do not give in and give up. Even when we want to stop, He loves us too much to let us fall out. It is the Father’s will that Jesus not lose even one of us. (John 6:35-40) And even though He could do it better without us, He blesses us when we persevere. (Esther 4:14 and 1 Corinthians 3:5-15)

Like Loading...
This entry was posted in Workout Wednesdays and tagged devotional, stamina, W.A.I.T. training devotional. Bookmark the permalink.