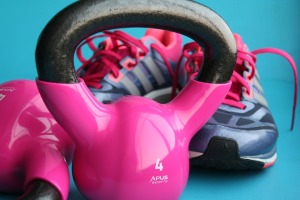 This weekly sub-series can assist your physical and relational exercise of 24 dynamics of spiritual fitness in Scripture that parallel physical and relational fitness:  balance, flexibility, initiative, partners, weight, etc.  You can print some or all of the Scriptures and read them to each other as you walk, tape them to a wall to guide discussion and prayer as you lift weights, etc.  Each of the dynamics has corresponding devotional articles, music videos, suggested applications, and more.  Use whatever is most helpful to strengthen your love for God and your neighbors through Christ.  If you’re interested in learning more about this holistic approach to fitness, you can read my free book W.A.I.T. Training.

Isaiah 64:6, “All of us have become like one who is unclean, and all our righteous acts are like filthy rags; we all shrivel up like a leaf, and like the wind our sins sweep us away.”

Ezekiel 16:1-15, “The word of the Lord came to me: 2 “Son of man, confront Jerusalem with her detestable practices and say, ‘This is what the Sovereign Lord says to Jerusalem: Your ancestry and birth were in the land of the Canaanites; your father was an Amorite and your mother a Hittite.  On the day you were born your cord was not cut, nor were you washed with water to make you clean, nor were you rubbed with salt or wrapped in cloths. No one looked on you with pity or had compassion enough to do any of these things for you. Rather, you were thrown out into the open field, for on the day you were born you were despised.

‘Then I passed by and saw you kicking about in your blood, and as you lay there in your blood I said to you, “Live!” I made you grow like a plant of the field. You grew and developed and entered puberty. Your breasts had formed and your hair had grown, yet you were stark naked. “‘Later I passed by, and when I looked at you and saw that you were old enough for love, I spread the corner of my garment over you and covered your naked body. I gave you my solemn oath and entered into a covenant with you, declares the Sovereign Lord, and you became mine.

“‘I bathed you with water and washed the blood from you and put ointments on you.  I clothed you with an embroidered dress and put sandals of fine leather on you. I dressed you in fine linen and covered you with costly garments. I adorned you with jewelry: I put bracelets on your arms and a necklace around your neck, and I put a ring on your nose, earrings on your ears and a beautiful crown on your head.  So you were adorned with gold and silver; your clothes were of fine linen and costly fabric and embroidered cloth. Your food was honey, olive oil and the finest flour. You became very beautiful and rose to be a queen.  And your fame spread among the nations on account of your beauty, because the splendor I had given you made your beauty perfect, declares the Sovereign Lord.

“‘But you trusted in your beauty and used your fame to become a prostitute. You lavished your favors on anyone who passed by and your beauty became his.”

Ezekiel 36:24-27, “I will sprinkle clean water on you, and you will be clean; I will cleanse you from all your impurities and from all your idols. I will give you a new heart and put a new spirit in you; I will remove from you your heart of stone and give you a heart of flesh. And I will put my Spirit in you and move you to follow my decrees and be careful to keep my laws.”

Daniel 1:5-8, “The king assigned them a daily amount of food and wine from the king’s table. They were to be trained for three years, and after that they were to enter the king’s service.  Among those who were chosen were some from Judah: Daniel, Hananiah, Mishael and Azariah. The chief official gave them new names: to Daniel, the name Belteshazzar; to Hananiah, Shadrach; to Mishael, Meshach; and to Azariah, Abednego.  But Daniel resolved not to defile himself with the royal food and wine, and he asked the chief official for permission not to defile himself this way.”

Zechariah 3:1-4, “Then he showed me Joshua the high priest standing before the angel of the Lord, and Satan standing at his right side to accuse him.  The Lord said to Satan, “The Lord rebuke you, Satan! The Lord, who has chosen Jerusalem, rebuke you! Is not this man a burning stick snatched from the fire?”  Now Joshua was dressed in filthy clothes as he stood before the angel. 4 The angel said to those who were standing before him, “Take off his filthy clothes.”  Then he said to Joshua, “See, I have taken away your sin, and I will put fine garments on you.”

Matthew 15:1-11, “Then some Pharisees and teachers of the law came to Jesus from Jerusalem and asked, “Why do your disciples break the tradition of the elders? They don’t wash their hands before they eat!”

“‘These people honor me with their lips, but their hearts are far from me.  They worship me in vain; their teachings are merely human rules.’” Jesus called the crowd to him and said, “Listen and understand. What goes into someone’s mouth does not defile them, but what comes out of their mouth, that is what defiles them.”

John 13:1-17, “It was just before the Passover Festival. Jesus knew that the hour had come for him to leave this world and go to the Father. Having loved his own who were in the world, he loved them to the end.

The evening meal was in progress, and the devil had already prompted Judas, the son of Simon Iscariot, to betray Jesus.  Jesus knew that the Father had put all things under his power, and that he had come from God and was returning to God; so he got up from the meal, took off his outer clothing, and wrapped a towel around his waist.  After that, he poured water into a basin and began to wash his disciples’ feet, drying them with the towel that was wrapped around him.

He came to Simon Peter, who said to him, “Lord, are you going to wash my feet?”  Jesus replied, “You do not realize now what I am doing, but later you will understand.”  “No,” said Peter, “you shall never wash my feet.”  Jesus answered, “Unless I wash you, you have no part with me.”  “Then, Lord,” Simon Peter replied, “not just my feet but my hands and my head as well!”  Jesus answered, “Those who have had a bath need only to wash their feet; their whole body is clean. And you are clean, though not every one of you.” For he knew who was going to betray him, and that was why he said not every one was clean.

When he had finished washing their feet, he put on his clothes and returned to his place. “Do you understand what I have done for you?” he asked them. “You call me ‘Teacher’ and ‘Lord,’ and rightly so, for that is what I am. Now that I, your Lord and Teacher, have washed your feet, you also should wash one another’s feet.  I have set you an example that you should do as I have done for you.  Very truly I tell you, no servant is greater than his master, nor is a messenger greater than the one who sent him.  Now that you know these things, you will be blessed if you do them.”

Acts 11:1-18, “The apostles and the believers throughout Judea heard that the Gentiles also had received the word of God.  So when Peter went up to Jerusalem, the circumcised believers criticized him and said, “You went into the house of uncircumcised men and ate with them.”

Starting from the beginning, Peter told them the whole story:  “I was in the city of Joppa praying, and in a trance I saw a vision. I saw something like a large sheet being let down from heaven by its four corners, and it came down to where I was. I looked into it and saw four-footed animals of the earth, wild beasts, reptiles and birds.  Then I heard a voice telling me, ‘Get up, Peter. Kill and eat.’  “I replied, ‘Surely not, Lord! Nothing impure or unclean has ever entered my mouth.’  “The voice spoke from heaven a second time, ‘Do not call anything impure that God has made clean.’ This happened three times, and then it was all pulled up to heaven again.

“Right then three men who had been sent to me from Caesarea stopped at the house where I was staying.  The Spirit told me to have no hesitation about going with them. These six brothers also went with me, and we entered the man’s house.  He told us how he had seen an angel appear in his house and say, ‘Send to Joppa for Simon who is called Peter.  He will bring you a message through which you and all your household will be saved.’

“As I began to speak, the Holy Spirit came on them as he had come on us at the beginning. Then I remembered what the Lord had said:  ‘John baptized with water, but you will be baptized with the Holy Spirit.’   So if God gave them the same gift he gave us who believed in the Lord Jesus Christ, who was I to think that I could stand in God’s way?”

When they heard this, they had no further objections and praised God, saying, “So then, even to Gentiles God has granted repentance that leads to life.”

Hebrews 10:19-22, “Therefore, brothers and sisters, since we have confidence to enter the Most Holy Place by the blood of Jesus, by a new and living way opened for us through the curtain, that is, his body, and since we have a great priest over the house of God, et us draw near to God with a sincere heart and with the full assurance that faith brings, having our hearts sprinkled to cleanse us from a guilty conscience and having our bodies washed with pure water.”

James 1:16-21, “Don’t be deceived, my dear brothers and sisters.  Every good and perfect gift is from above, coming down from the Father of the heavenly lights, who does not change like shifting shadows. He chose to give us birth through the word of truth, that we might be a kind of firstfruits of all he created.  My dear brothers and sisters, take note of this:  Everyone should be quick to listen, slow to speak and slow to become angry, because human anger does not produce the righteousness that God desires. Therefore, get rid of all moral filth and the evil that is so prevalent and humbly accept the word planted in you, which can save you.”